Keep wasps out of your domestic zone:

It is not the first time, but in every summer season, you face troubles related to wasp infestation in your home. As soon as the the temperature of Sun rises, the wasps which stay in your outdoor zones start flying in your home. When you try to shoo wasps away, then the flying insects get provoked by your behavior and attack you in return with their bites. Wasps nest on the branches of trees or on any unused old items kept in outdoor. When the colony grows extremely large, then the wasps leave their outdoor nests and look for a new nest which the flying insects can easily build in your house. In other case, when the heat in outdoor becomes unbearable for wasps, then the pests get in your house to make a new nest. 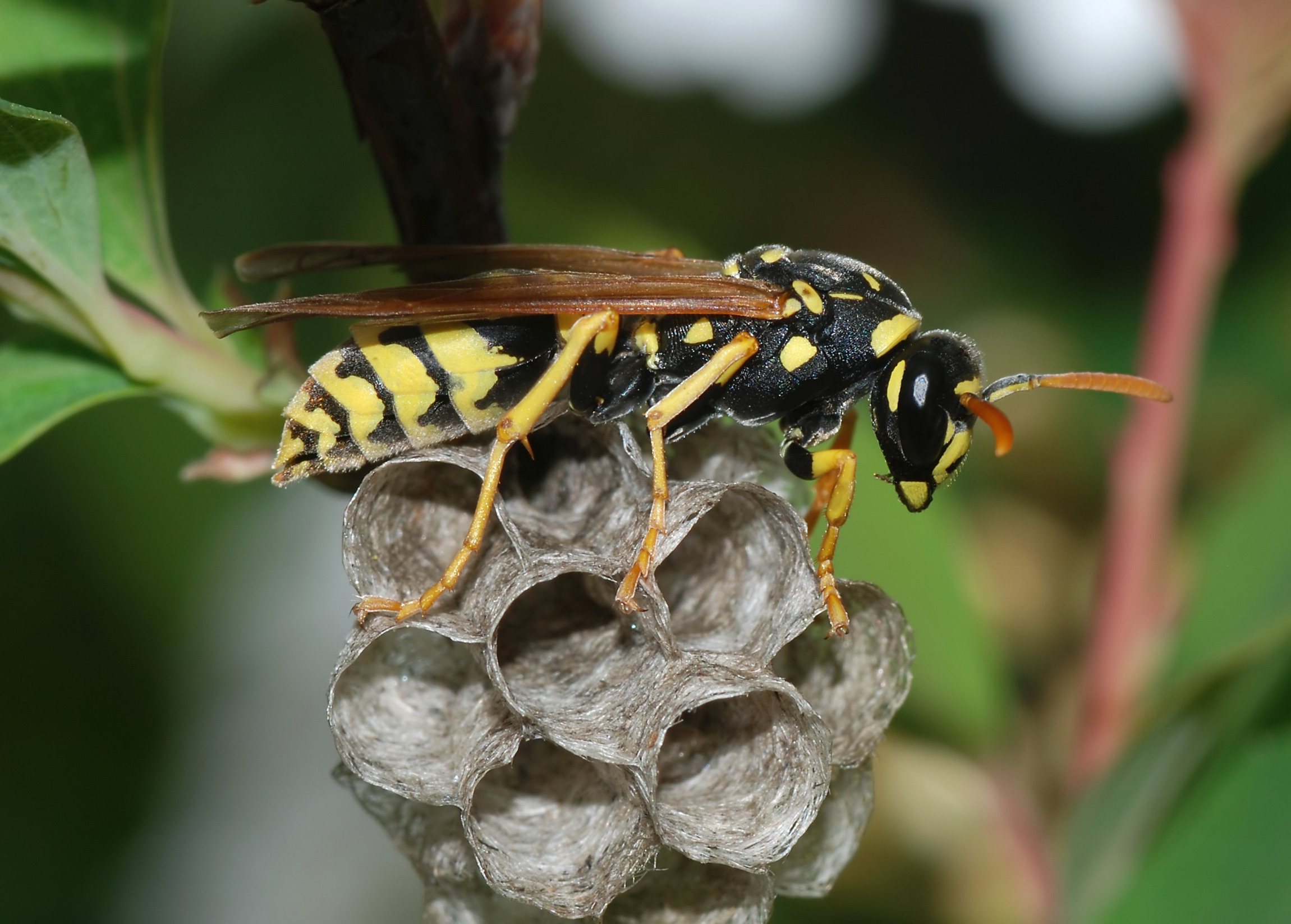 Upon getting constantly pestered by wasps, you might opt for some measures to remove the wasp nests. If you exclude wasp nests by using your own ways, then you may bring more wasp hassles at your end. The professional wasp exterminators will know how to exterminate wasp nests in the best careful way. Therefore, your best option would be to call up our wasp pest control Perth exterminators from our pest control company of Perth. The huge colony of wasp nests can be removed only by our pro and licensed exterminators.

Which species of wasps are frequently spotted out in Perth?

How will you identify wasps?

The body of a wasp has less hair. The waist of a wasp appears tight. You will notice peculiar yellow and black marks on the body of a wasp. A wasp’s body is mainly characterized into three parts such as thorax, head and abdomen. The size of wasps can differ.

Exterminating wasps and their nests is very essential. Upon ignoring the wasp nests, the wasps will keep growing and will create more troubles at your end with their stings. Remove wasp nests with the help of a highly experienced exterminator. Upon getting your call, we will send our wasp exterminator at your place to assess the nest properly and then exclude wasp nests by using appropriate equipment. At first, our exterminator will make the nest inactive by using eco-friendly wasp control services. Then, the extermination plans will be applied properly on wasps and on all the breeding points, so that the stinging insects never form nest in your territory.

Shoo the winged insects away:

Do not get confused with wasps and bees. Although they look identical, their behaviour slightly differs from one another. Wasps can be of various sizes. Do not be shocked if you see wasps of a very small and large size. The color of wasps can be of blue, black, or metallic green. The waist of a wasp is generally pinched. If you have flowers bloomed in your garden, then wasps are bound to fly and make nests in your nest.

Wasps Not all wasp species are aggressive in nature. Most of the wasp species have the nature of leaving stings on human beings when the insects turn out to be aggressive. When wasps feel threatened by humans, they attack on human beings by stinging them several times. The stings of wasps are indeed very perilous. The best way to prevent wasps from stinging you is to get wasp control services from one of the best pest control operators of Perth. The wasp services of our pest agency will never allow wasps build nests in your nest.

Spot out wasp nests and toxic reactions of wasp stings:

You will happen to spot wasp nests in almost all places. Check out the nests in garden fixtures, car engines, grasses, bushes, in mailboxes, on the outer surface of structures, voids, bushes and in all untouched and hard-to-locate places.

Keep yourself off from the surroundings where wasps’ nests are built. Wasps may sting you if the insects find you near their nests. The stings may result in toxic reactions. Disturbances in circulatory system, trouble in breathing, low blood pressure, red bumps on swollen portions of the skin, headache, nausea, fever and fainting crop up due to the toxic venom of stings of wasps.

You will have to implement integrated solutions to keep wasp colonies at bay. At our wasp pest control Perth company, we carry out the program by way of executing inspection which is done in every suspicious spot, going through the survey report several times to understand the underlying issues of wasps breeding, discussing the nesting habits and behavior of wasps with house owners and business owners and choosing the wasp controls, repellents and treatments to keep wasps out of your zone for a long time.